Theories of Learning and Cognition—Essay One

A major concern about learning that is shared by teachers, instructional designers, and researchers alike is how to reliably improve performance. Assume the role of a teacher, designer, or researcher (only one, not all three). As the teacher or designer, describe a learning goal, an audience to whom it would be taught, and how you might employ various operant principles (or contingencies of reinforcement) to maximize learners attainment of the goal. Or, as the researcher, pose a question about learning and describe how you might investigate that questions and what predictions you would make from the perspective of radical behavioralism. Whichever role you assume, be sure to use only the language and assumptions of behavioralism.

My undergraduate degree and past seven years of professional experience have been in health education. Health education is the process of producing behavior changes in an individual that result in decreased morbidity and mortality. For this essay, I will assume the role of a instructional designer of health education curriculum.

With this information in mind, my instructional goal is: "As a result of the instruction, the learner will engage in rapid walking for at least 20 minutes at least three times per week."

Anyone can benefit from aerobic exercise. However, let us assume that the instruction is targeted at middle-income men and women, ages 18-65. Further, let us assume that the instruction will be offered to residents of Leon County as part of a community health promotion pilot project (Living Well in Leon) sponsored by the Florida Department of Health and Rehabilitative Services (HRS) and the Centers for Disease Control (CDC). The instruction will be delivered via walking clubs that will be offered in a number of locations and at a variety of times in order to reach as many residents as possible. Each club will meet once per week for instruction and group walking. Club members will be expected to engage in walking "on-their-own" for the remainder of the week. The clubs will continue for an indefinite period of time. If the curriculum is successful, it will be published by CDC and distributed nationwide.

Use of Operant Principles

Positive reinforcement is providing a pleasant stimulus as a result of a particular response in order to strengthen the response. In this case, a reward could be offered to the learner upon walking for 20 minutes, three times per week. However, it should be determined what type of reward will be reinforcing to the target audience for this behavior. Is it a trophy, a "Living Well in Leon" tee-shirt, or public praise?

Punishment is presenting a noxious stimulus contingent upon a particular response in order to weaken the response. In the case of aerobic walking, since our desire is to strengthen the behavior of aerobic waking, punishment cannot be used to directly modify this behavior. However, punishment might be used to weaken behaviors that compete with the target behavior. For instance, if the learner watches television during times of the week when he should be engaging in aerobic walking "on-his-own," the instructor might humorously criticize him, either in private or in the presence of others.

Extinction is removing the contingency between a response and a reinforcer in order to weaken the response. Since our desire is to strengthen the behavior of aerobic waking, extinction cannot be used to directly modify this behavior.

Response cost is removing a pleasant stimulus contingent upon a particular response in order to weaken the response. Since our desire is to strengthen the behavior of aerobic waking, response cost cannot be used to directly modify this behavior.

Time-out is removing the subject from a reinforcing environment in order to weaken a response. Once again, since our desire is to strengthen the behavior of aerobic waking, Time-out cannot be used to directly modify this behavior.

Chaining is the linking together of a series of behaviors. Chaining is applicable in the case of aerobic walking because several preliminary behaviors must be engaged in prior to the walking. A probable chain of behaviors might be:
This chain of behaviors could be taught each class period by requiring learners to come to class dressed for exercise, journeying to the walking course as a group, stretching as a group at the start of the course, and finally, walking the course as a group.

Fading is used to gradually establish discrimination of stimuli. For instance, suppose a learner used to derive pleasure from going to happy hour everyday after work. If the learner begins to derive greater pleasure from engaging in aerobic walking after work, his attendance at happy hour will diminish or disappear.

Initially, the learner should be praised each time she engages in the desired amount of walking (fixed ratio). However, once the desired pattern of behavior is established, the leaner should only be rewarded infrequently for the desired behavior (variable ratio). Switching from a fixed-ratio to variable-ratio schedule will help ensure that the behavior does not diminish quickly. 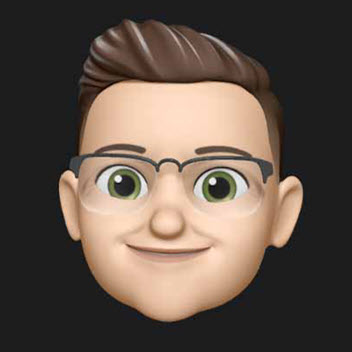