WASHINGTON, DC--The Episcopal Diocese of Washington, D.C., clearly affirmed its support today for gay and lesbian people.  During its annual convention, lay and clerical delegates from approximately 100 congregations voted in favor of two gay-positive resolutions.
One of the resolutions expressed support for Maryland legislation making it illegal to discriminate against lesbians and gays in housing and employment.  The other resolution affirmed that the church should support same-sex unions and that qualified gays and lesbians should be ordained to the priesthood.

For several years, a bill has been introduced in the Maryland Assembly to add sexual orientation to the list of classes protected from housing and employment discrimination.  The bill has not yet succeeded, partially due to the opposition of the radical religious right.

"The unanimous passage of the Maryland civil rights resolution shows legislators that most people of faith support nondiscrimination on the basis of sexual orientation," said John Bradley, co-convener of Integrity/Washington, the group of gay and lesbian Episcopalians that initiated the resolution.  "This resolution sends a strong message of social justice from our diocese to Maryland lawmakers."  The Diocese of Washington includes several counties in southern Maryland.

In the summer of 1994, at the General Convention of the Episcopal Church, the Right Rev. John S. Spong of Newark presented a document called the Koinonia Statement to his sister and brother bishops.  (Koinonia is a Greek word that means "community" or "fellowship.")  The Koinonia Statement declares that sexual orientation is "morally neutral" and that both heterosexuality and homosexuality can be lived out "with beauty, honor, holiness, and integrity."  The statement also says that "faithful, monogamous, committed, lifegiving, and holy relationships" between gay and lesbian couples should be recognized and supported by the church.  It affirms the ordination of gay and lesbian people who meet all other qualifications for the priesthood.  The statement, however, does not grant permission for either of these activities or mandate that they be performed.  To date, 70 bishops have signed the Koinonia Statement.

During his speech to the diocesan convention in favor of the resolution, the Rev. Michael W. Hopkins--an openly gay priest serving a congregation in the diocese and one of the original cosponsors of the Koinonia resolution--said, "As a gay man, I have long waited for the Church to come to my house and see.  I have nothing to hide.  Any of you who are skeptical, you are welcome at either table where my life is centered--either the Table at which I am privileged to preside at St. George's Chapel or the table I share with my partner in our home.  Any time, come and see.  I stand before you to put a human face on this issue...I am one of you."

After the Koinonia resolution passed, Father Hopkins said, "Passing this resolution acknowledged a reality that already exists in our diocese.  There are many gay and lesbian people in our diocese.  These clergy and laity guide our parishes, play our organs, lead our choirs, teach our Sunday Schools, and pay our pledges.  By passing this resolution, our diocese has said to these gay and lesbian Episcopalians, 'We are glad to have you gathering together around the altar with us as fellow children of God.'"

On behalf of Brady, I wrote the instructor resource manual that accompanied this textbook. 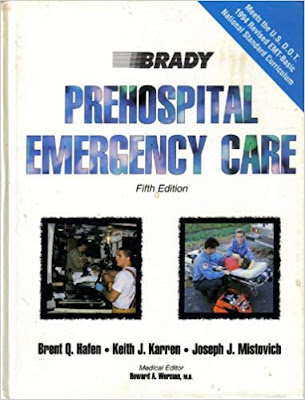 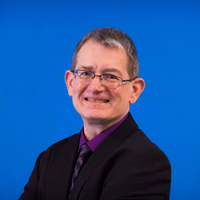 I live in Hornell NY with my spouse, Michael Hopkins, a retired Episcopal priest; Belle the beagle; Miz Tica the calico cat; and Julius the gray kitten.

Things I Care About